Research focusing on schizophrenia, major depressive disorder, and bipolar I disorder conducted by PHAR and supported by Otsuka Pharmaceuticals Development & Commercialization, Inc. and H. Lundbeck A/S was well-represented at ISPOR Asia Pacific 2018. One study focusing on the effect of timing of long-acting injectable initiation in patients with schizophrenia was selected as an oral presentation, and four others were presented as posters. A study on the impact of comorbid substance abuse on costs in bipolar I disorder won the Best Poster General Research Presentation. The posters and related manuscripts can be accessed on the PHAR website.

A study done by PHAR in partnership with Prothena Biosciences Inc., was recently published in the Journal of Comparative Effectiveness Research. The study estimated the healthcare utilization and costs in amyloid light-chain (AL) amyloidosis. The authors identified AL amyloidosis patients in claims data from 2007 to 2015 and reported inpatient hospitalizations, emergency department visits, non-ED outpatient service visits, and pharmacy utilization. The study found that the general prescribing practices changed over time, with the use of bortezomib increasing and the use of melphalan decreasing. Healthcare utilization and costs decreased between the first and second year after diagnosis. The full text of the study can be read here.

At the International Society for Pharmacoeconomics and Outcomes Research (ISPOR) Symposium, two of PHAR’s newest studies were presented. One study done in partnership with Akcea Therapeutics estimated helathcare utilization and cost among patients with hereditary transtheyretin amyloidosis (hATTR) by analyzing insurance claims. Another study, in partnership with Otsuka Pharmaceutical, examined the effectiveness of long-acting injectables in reducing psychiatric hospitalization among patients with bipolar I disorder.

Three studies conducted by the secondary data analysis team at PHAR were presented at the AMCP Managed Care & Specialty Pharmacy Annual Meeting held in Boston, MA. The studies focused on different disease areas and outcomes, with one study on the health care utilization and costs of newly diagnosed AL amyloidosis, another study on adherence to atypical antipsychotics among patients with bipolar disorder, and another on the disease burden of hereditary transthyretin amyloidosis. All studies were well-received at AMCP 2018, and the posters can be viewed on the PHAR website here.

PHAR had 14 posters and 1 oral presentation at a series of recent conferences, including the ISPOR 22nd Annual International Meeting, National Lipid Association Scientific Sessions, American Thoracic Society International Conference, and the Annual Meeting of the American Psychiatric Association. Four posters at ISPOR were honored with the Research Poster Finalist Award. The study topics covered a wide variety of conditions and study methods, including using insurance claims to evaluate medication adherence in bipolar patients and developing models to project cardiovascular disease mortality rates. All posters gained favorable reviews at the conferences and can be accessed here. 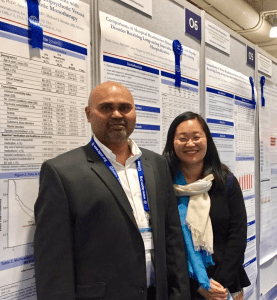 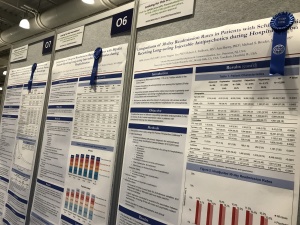 PHAR announced today the final results of a study, published in Current Medical Research and Opinion, which found that pre-launch predictions of the budget impact of newly developed drugs tended to be considerable overestimates of their actual sales. The study examined the accuracy of 25 publicly released predictions for the cost of drugs launched in a variety of indications since 2012. Overall, the predicted budget impact was 5.5 times the actual budget impact of the drug. Ten estimates were off by more than $1 billion: 8 overestimated drug sales by more than a billion; and 2 underestimated it by at least that amount. Overestimating budget impact may lead to early access restrictions, higher copays, and other changes that ultimately impact patients. More information about the study is available here and the detailed results can be viewed here.

Research focused on idiopathic pulmonary fibrosis (IPF) conducted by PHAR and supported by Genentech, Inc. was well-represented at the CHEST Annual Meeting 2016. One study was selected as an oral presentation and two were presented as posters. The oral presentation reported on the prevalence of comorbidities in Medicare IPF patients versus disease free controls, and whether it increased over time. The posters presented analyses of mortality, and cardiovascular burden and medication use among IPF patients. The posters can be accessed on the PHAR website here.

On August 16, the Journal of Oncology Practice (JOP) published a joint guidance statement from ASCO and the American Academy of Hospice and Palliative Medicine (AAHPM) regarding high-quality palliative care as delivered as part of routine cancer care. PHAR supported the development of this important guidance by moderating a meeting of experts using the RAND/UCLA modified Delphi panel process. With this method, over 900 potential palliative care services were rated by more than 20 participants on multiple dimensions. Those services which were both highly ranked and which had a high level of agreement were included in the final guidance. Read the full study here.

A new PHAR study compared predictions of health care costs made prior to the introduction of new drugs to the actual sales of the drugs. Fourteen drugs were examined: two cholesterol lowering drugs; three drugs to treat various forms of cancer; three for hepatitis C; two for obesity management; and one each for cystic fibrosis, heart failure, psoriasis, and diabetes. In many cases, sales predictions were dramatically overestimated, sometimes by billions of dollars. In one example, the Institute for Clinical and Economic Review (ICER) predicted the one-year cost of the two PCSK9 inhibitors would be $7.2 billion. Based on the initial quarters of reported sales, PHAR found that the actual number will be closer to $83 million, an overestimate of $7.1 billion. Asked to comment on the findings, Dr. Broder said, “Overestimating drug costs by so much cannot lead to good decision making… it is likely that patients feel the negative effects of such predictions in the form of early access restrictions and higher copayments.” More details about the study are available here.

In association with the researchers at Genentech, Inc., studies conducted by PHAR were a strong presence at the American Thoracic Society Conference (ATS) 2016. One was selected as an oral presentation and three were presented as posters. The study chosen for oral presentation reported on the overall in-hospital mortality, length of stay (LOS), and hospitalization cost in patients with IPF admitted to hospitals in the US, and the posters presented a more in-depth set of data on the mortality and resource utilization of IPF. A study on whether allergic status is associated with increased number of asthma exacerbations was also presented. The posters can be accessed on the PHAR website here.