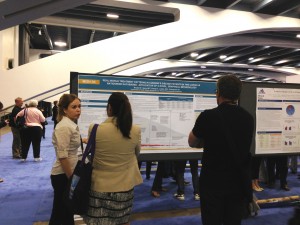 Researchers at PHAR, in conjunction with experts from Novartis Pharmaceuticals Corporation, presented the results of several studies on Cushing’s disease at the Endocrine Society’s 95th Annual Meeting on June 19th, 2013. Cushing’s disease, a pituitary disorder, is poorly studied because of its rarity. The PHAR research team reported on the incidence, treatment patterns, and annual economic burden associated with the disease–topics on which very little was previously known. The three posters presented at ENDO can be viewed by clicking the links below:

Incidence of Cushing’s Disease in the United States